First, the print effect is different from the preview

Generally, this situation occurs under the text editor. Common words such as word or wps2000, etc., are obviously neatly formatted during preview, but printed to find that some fonts are overlapping. This situation is generally due to improperly set up during editing. The solution is to change the paper size, paper type, number of words per line, etc. in the file "page properties", which can generally be solved.

Second, the print is not clear
This kind of problem is very common in the usual use of printers. Generally speaking, this situation is mainly related to the failure of the hardware. In general, attention should be paid to some key parts of the printer. Here we take the inkjet printer as an example. When the color of the printed product is blurred and the font is not clear, the fault can be locked in the nozzle, and the machine is automatically cleaned first. If it is not successful, the soft water absorption can be used. Strong paper wipes * near the print head; if the above method still does not solve, then only reinstall the printer driver.

Third, can not print large files
This kind of situation occurs more in laser printers, it may still be normal when printing small files, but it will crash when printing large files. This problem is mainly software failure, you can check the remaining space on the hard disk, delete some Useless files, or query the amount of printer memory, whether it can be expanded.

Fourth, the printer does not respond after selecting the print
When this is the case, the system usually prompts "Please check if the printer is online and the cable is connected properly". The general reason may be that the printer power cord is not plugged in; the printer cable is not properly connected; the contact is poor; the computer parallel port is damaged. The main solutions are as follows:
1. If it can't start normally (ie the power light is not lit), first check if the power cord of the printer is properly connected. Re-plug the power cord in the off state and try another power socket to see if it can be solved.
2. If the printer can start normally after pressing the print power switch, go into the bios settings and look at the parallel port settings. The general printer uses the ecp mode, and some printers do not support the ecp mode. In this case, you can use ecp+epp or "normal" mode.
3. If the above two methods are invalid, you need to check the printer cable. Turn off the computer first, unplug the two ends of the printing cable and plug it in again. Be careful not to plug it in. If the problem still cannot be solved, try another print cable or use an alternative method.

Five, printing is not complete
If you encounter such a problem, you can definitely say that it is caused by a software failure. You can change the print interface settings in windows95/98 and then select "Start → Settings → Control Panel → System → Device Management → Port → Printer Port → Driver → Change Driver → Show All Devices”, confirm “ECP print port” to “printer port”.

I mentioned several methods above are the more common faults on the printer. In fact, the most important solution to the fault of the printer is to judge. As long as the cause of the fault can be found, we can repair it by hardware or software. Of course, people will encounter other faults when actually using the printer, so you need to master more printer repair skills. 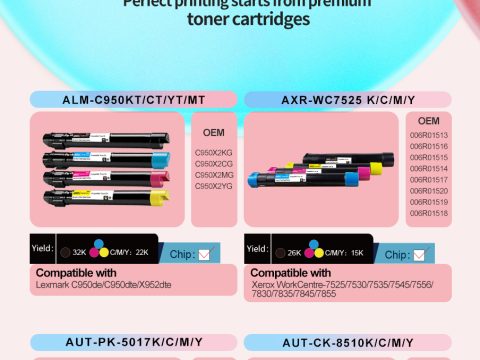